Check in time, I think so!

I think a wee update is in order, don't you?

Things have been pretty up and down since I last checked in on my 'Rabbit Holes' post.

It didn't make sense for me to continue working full time, and unfortunately, it was not feasible to work part-time in my existing role. For the good of the company, I decided to hand in my notice and let them find someone who could be more reliable long term. 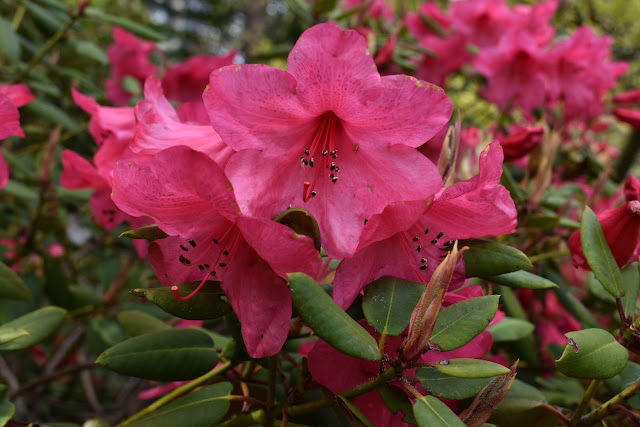 I'm not sure when these episodes are going to kick in but I definitely should not be exacerbating the symptoms with unnecessary stress.

I felt so bad about leaving my job. I was plagued with feelings of guilt and self-doubt, but somewhere I knew I was making the right decision.

I don't know what this means for my discharge. Things were going so well and I took on too much, sending myself backward. It's been a rough couple of months, sure, but hopefully, I can work toward discharge again in the near future.

It was a bit of a struggle but I managed to muddle through to the end of my bookkeeping course and since then things have slowed down, not that my mind has gotten the memo. 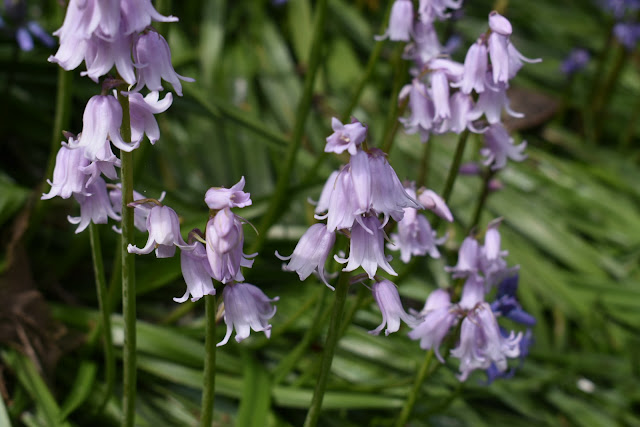 I have increased therapy sessions and joined a CBT for depression class through the local mental health recovery program. I have been walking more, going to Qi Gong, the odd hot tub and just generally taking it a little easier than the past few months.

We are tackling some pretty heavy things in therapy right now and it's sending me a little bit loopy. I've just noticed that a couple of days running up to my therapy sessions my sleep starts dwindling. Post sessions I have been feeling completely run down and have frequent symptoms of a kidney infection. This is something my doctor has diagnosed as interstitial cystitis, a sensitization syndrome which, funnily enough, is impacted by mental health, PTSD and stressors.

Dr. Boston agreed today that I am rapid cycling, a more frequent episodic state of bipolar, due to the PTSD and memories we are uncovering in therapy. I go from feeling down to bouncing right back up, hypomanic up, and then of course down again.

There's no middle ground in a mixed or rapid cycling episode.

This is something I spoke with my psychology professor at length about just a few years ago. It's like my mind tries to fight the depression with a boost, but then you're flying too high and inevitably comes the crash and again, depression, boost, crash. It's a vicious fight to see what mood will win, and even though you would think that that is the main makeup of bipolar, there is usually a baseline to return to in between episodes.  It doesn't feel like that right now, or if there is it is fleeting. Id' say I'm averaging about 1-2 days baseline a week and the rest is either hyper or exhausted.

Another thing that my psychiatrist pointed out is that I am becoming dissociated. 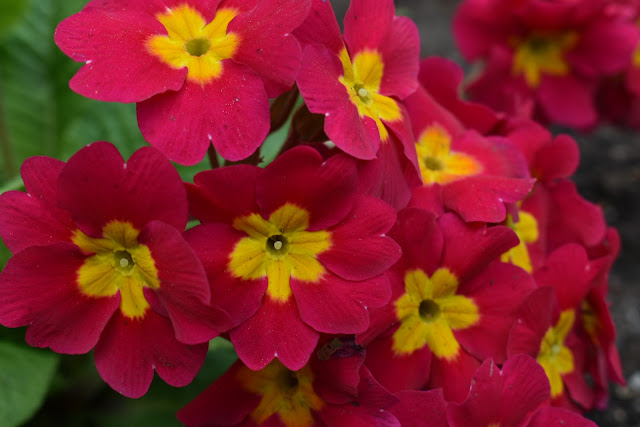 After seeing the psychiatrist today we've decided I need to stop therapy for the time being and increase my meds a little. I am not ready to relive past traumas and my body and mind are quite prominently telling me that. PTSD is the root of this all and until the new medication has a better effect, I cannot be dabbling with my moods and emotions.

It'll get better, little steps are good, its just not the right time yet.

On a brighter note, I GO HOME TO SCOTLAND IN 8 WEEKS TIME!! I am soooo excited.
I feel that the time I get to spend with family and friends will rekindle my fire and get me going again.

Anyhoozles, I hope you are doing well!

I am taking myself outside to the sunshine, I hope you like the pretty pictures of flowers I took on my walk recently.

It's not all black & white.

I have this habit of going all in or all out.

It's a common error in thinking.

Looking back over the years that tends to be my go to.

In the past few months with everything going on, my mind has taken a step backward and I have moved back into this black & white way of thinking.

Before psychosis I was quite the negative thinker, I was suspicious and always premeditating the worst of a situation.

Psychosis opened my eyes to a more positive way of thinking, yes I was completely out of touch with reality, but I was aware that everything was connected and a positive influence made for a positive outlook and in turn, a happier life.

I slowly incorporated a more balanced approach in my mind. Things CAN be grey, colourful even.

Somewhere amidst this depression, the negative thoughts have crept back in. I find myself expecting the worst from situations, jumping to the last possible conclusion as opposed to the sprinkle of magic my eyes once saw.

I don't know where it is coming from and it's pissing me off.

OK, it's not all despair. Calm down, Natalie. It gets better.

Extra therapy and CBT classes are going a long way in correcting these errors but as with everything it's going to take some time to get back to an even keel.

It's just making for a bit of an emotional rollercoaster.

It's literally grey matter. .  HAHA, I made a funny. . It helps regulate emotion? No?